What applied in the 18th century also applies today in the 21st. London is a vibrant city that fires the imagination just by its very

presence; you cannot get tired of London because you cannot explore all the city has to offer—history, architecture, art, culture, dining, diversity, markets, business, parks, pageantry—and a whole lot more.

London is a major world city. Its influence and attraction extends beyond the white cliffs of Dover. It is a centre of intrigue, passion, excitement, busyness and colour. You find the world living and vibrating on its streets.  It is the heart of democracy—from Magna Carta to the current constitutional monarchy—and is an example to the world of how to “do” democracy—with all its flaws, corruption and failings. (Former Prime Minister Winston Churchill said that democracy was the worst form of government—except for all the others!)

No wonder London is a prime setting in all three books. It is the heart of government—a government that is under attack from terrorists of all stripes, including my evil Druids. From the pomp and ceremony of the opening of Parliament (The Excalibur Parchment) to the machinations of an egotistical self-centred politician concerned with his own agenda instead of public service (The Prince Madoc Secret), the stories cannot be set in any city other than London. It brings together the “good guys” and the “bad guys” and gives them a stage to operate on. 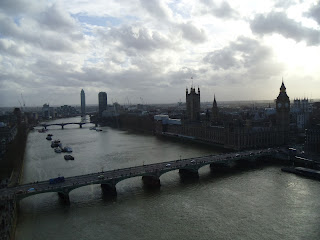 The Houses of Parliament rise majestically on the banks of the Thames River (if you go, the best view is from the London Eye across the river) and has been the target of numerous terrorist attacks from the days of Guy Fawkes who tried to blow up Parliament (1605) through to the attacks in 2017.

Not far away is Buckingham Palace, a reminder of the stability of the British monarchy, but also the symbolic home of the Queen and the Royal Family, themselves often threatened by terrorist plots from foreign sources and homegrown alike.

Beyond the historic sites like the Tower of London and magnificent churches such as Westminster Abbey and St. Paul’s Cathedral, there are many more interesting corners, hidden treasures and fascinating places to grab the visitor’s attention. 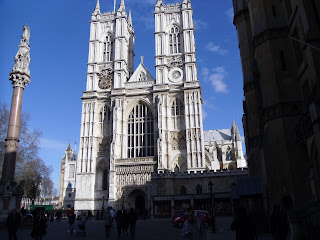 London is such a magnet that the “real London” often merges in the mind with the fictional London from the thousands of books set in the city or the thousands of movies and television programmes that have been shot on its streets. Baker Street is real—but also, at 221b, the home of Sherlock Holmes and Dr Watson. Notting Hill is a real village in the heart of the city, but also where Julia Roberts and Hugh Grant met in a bookstore. The list goes on.

Do you fancy shopping or street markets? By all means go to Regent St. and Oxford 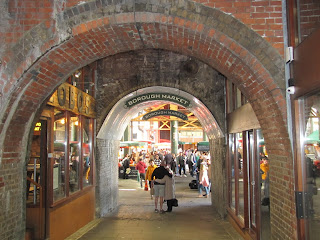 St.–the main shopping streets/ But don’t miss out on the smaller sites. Try Petticoat Lane or Portobello Road. Or go to the Borough Market, Spitalfields Market and Covent Garden. Are shows your thing? The West End theatres feature top hit shows and lesser-known—but equally enjoyable—productions. Don’t miss Agatha Christie’s The Mousetrap, for example, which opened in 1952 and has run continuously ever since to packed houses. 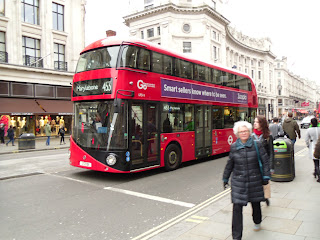 Seeking peace and quiet? How about the many parks where you can rent a deck chair and relax surrounded by green and away from the hustle and bustle of the city. Hyde Park, Green Park, St. James Park, Regents Park, Hampstead Heath—all free and all inviting.

There’s the popular sightseeing London—Westminster Abbey, St Paul’s, the Tower, Buckingham Palace and so on. But there’s also the literary London, the artistic London, the musical London, the shadowy London—whatever interests you have, London provides a bountiful plethora of places to go, things to see and things to do to meet your own particular areas of interest.

In short, Johnson was right. There is so much to do and see in London, you can never get bored. Since Roman times it has been a hub drawing people from all over the world and all walks of life.  In other words, a perfect setting for a myriad of stories—mine included.

You owe it to yourself to visit this great city.