In the south of the little nation of Wales, not that far from the English border, is a series of valleys stretching up into the mountainous areas of the Brecon Beacons from the flatter coast plain that is called the Vale of Glamorgan. These are the famous Welsh Valleys.

For many years they were associated with the coal mines that dotted the entire area. Books and movies were made documenting the 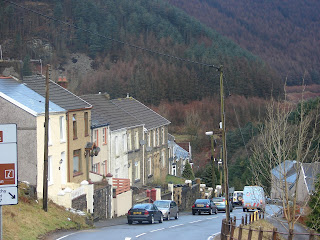 valleys, most notably the book, later a film “How Green was my Valley.” The coalmines closed—the last one in the early 90’s. The area became woefully depressed and poverty and joblessness was too often the norm.

Its not just coal! The Valleys have also given the world magnificent music, wonderful hymns, great physical beauty, some of the best rugby players in the world and a lively, friendly culture that transcends the difficulties and exhibits life in the full.

The names evoke pictures of coal-smeared miners, metal helmets with minion-like lenses, emerging from metal-crate elevators arising from the bowels of the earth: names like Rhondda, Taff, Ebbw, Cynon, Llynfi and others. 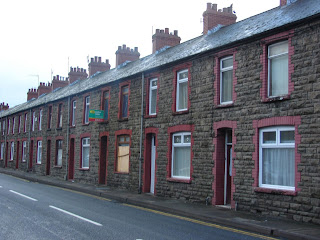 It is an area of resourceful people. Tough people. Caring people. It is an area of great beauty. Steep valley sides are dotted with rows of stone miners’ cottages climbing up the valley as it gets narrower and narrower. Once huge piles of coal slag are now emerging as green landscapes because of regeneration projects. Rivers flow. Trees grow. People who once looked out on scarred, coal smoked visages now enjoy verdant green settings and new forests emerging.

It was this setting that propelled the stories along. The area is rich in history, dating back well before Roman times and stretching into the post-Conquest Norman period. Warfare and rebellion are embedded in the psyche of the Valleys. Stories abound of magnificent victories over the English invaders. And magnificent losses. But ultimately it is a story of reconciliation and living together, however reluctantly and that marks the Valleys.  It’s why the Valleys are so important in the stories. They are stories about centuries-old Christian monks and modern-day faith seekers; stories about diabolical supernatural evil and stories about individuals struggling, reluctantly and sometimes without hope, to save what was important and protect the heritage they were given.

My fictional 12th century abbey, Cymllyn was set here. The courageous monks Thomas and Owain struggled through this rugged landscape. A hilltop church, based on the one at Llangynydd, becomes a focal point in the battle for Excalibur.

Just south of the Valleys are the cities of Cardiff, capital of Wales, and Swansea, packed with historic sites, great restaurants, museums and cultural icons are certainly well worth the visit.

But don’t stay in the cities. Explore the Valleys themselves and reward yourself.

Well worth crossing the Severn River for.